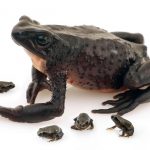 The Jambato harlequin frog was not always a rarity. Many villagers from the mountains of northern Ecuador remember the days when the little frog was a common sight: dwelling in damp corners of their houses, being prodded by curious children, and not infrequently being ground up for medicine. Amphibian of the Andes The Jambato harlequin […] 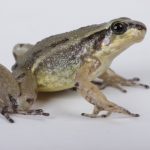 The Quito rocket frog (Hyloxalus jacobuspetersi) disappeared before it even got a name. It was first described for science in 1991, but it wasn’t spotted after 1989, with some scientists claiming that no one had laid eyes on them since the 1960’s. Story goes that it was once widespread across the Ecuadorian Andes, jumping from stream […]